2019 Birmingham Association of REALTORS®, Sales Associate of the Year

2015 Birmingham Association of REALTORS®, REALTOR® of the Year

Chris is a trusted Real Estate veteran and proud Birmingham native. He currently serves as the Vice President for Greater Birmingham MLS, the cooperation platform for all Realtors in the Birmingham area, and will be named President in 2020. Prior to joining the KG Group, he served as the Principal Broker for RealtySouth in both the Trussville and OTM Alford Avenue locations over a 5-year period.

Chris is a well-respected, licensed instructor that trains agents across the state. He currently holds numerous certifications including the ABR, CIPS, CRS, E-Pro, GRI and SRS designations. He began his career as a Realtor in 2002 by partnering with his mom, Judy Williams. They had great success working together, which led to Chris being asked to take the role of Relocation Director. His focus and dedication led to an offer to buy the company in 2005. He took advantage of the opportunity, and quickly became a Broker leading a team of 70 agents operating in both Alabama and Tennessee. Chris then decided to take on a new challenge: selling New Construction for a prominent home-builder. While in this role, Chris began forming a partnership with Kelli Gunnells, which ultimately led to the creation of the KG Group.

A graduate of the University of Montevallo, Chris holds a Master's Degree in Education. Prior to real estate, he taught for 7 years in public schools, and also coached high school football and wrestling. Chris is married to LeAnn and they have two handsome sons, Camren and Turner. Their family also owns Ousler Sandwich Company - a true Birmingham tradition! 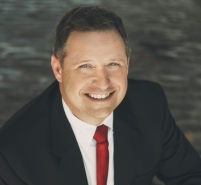